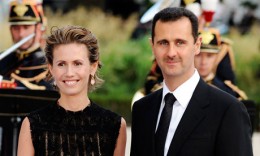 It is apparent that standardization of attire (a cultural cue) kicks away one of the major identificatory props we unconsciously employ to recognize race or ethnicity. Likewise, in still photographs speech becomes an inaccessible cue. I believe all of the individuals shown here speak (or spoke) English—some with, but others definitely without an accent.

Race denial is the official ideology of state and society. This dogma maintains that races are “social constructs” and that biological races do not exist.

I won’t waste time on this here. Race deniers as well as so-called “anti-racists” are in fact obsessed with race and, in particular, nurture a deep hatred for whites. They do not really believe races don’t exist in the biological sense. No one does. This claim is essentially an ideological screen, a party line, useful in promoting anti-white hatred, discrimination, and genocide.

Until recently, whites numbered among the major races of mankind. Presently they are being driven to extinction. As this process unfolds, the line between white and non-white is fading rapidly.

Importance of the Physical Stratum of Race

[4]The purely physical stratum of race can be identified anthropologically, forensically, and genetically.

Here’s an example that should drive this point home.

Several years ago Louisiana police were searching for a serial killer. Due to incorrect witness reports or prejudice (e.g., racial profiling), or both, they were interrogating only white suspects. During the initial course of the investigation police impugned the integrity of numerous innocent men, causing great mortification and shame in the process.

Finally the authorities turned to a Florida testing lab, now defunct, whose work could specify with a high degree of accuracy the race of an individual based upon a single DNA sample. The police submitted such a sample, and the company informed them that the killer was almost certainly a Negro with a small amount of Amerindian ancestry.

Based upon this new information, the authorities altered their search techniques and apprehended a suspect. Using a different method, DNA fingerprinting (matching two separate DNA samples, one from a crime scene and the other from the suspect in custody), the killer was positively identified. As predicted, he was black with some Amerindian admixture.

Clearly, there is a physical basis to race.

The importance of the physical stratum from a racialist perspective has been neatly summarized by Jared Taylor [5]. Until the 1960s, he noted:

White Americans believed race was a fundamental aspect of individual and group identity. They believed people of different races differed in temperament, ability, and the kind of societies they built. [Emphasis added.] They wanted America to be peopled by Europeans, and thought only people of European stock could maintain the civilization they valued. They therefore considered immigration of non-whites a threat to whites and to their civilization. It was common to regard the presence of non-whites as a burden, and to argue that if they could not be removed from the country they should be separated from whites socially and politically. Whites were strongly opposed to miscegenation, which they called “amal­gamation.”

In other words, different races (or “populations”) give rise to different behavioral, psychological, aesthetic, and normative traits. These traits, in turn, produce different cultures and civilizations. Indiscriminate mixing (“miscegenation”) will eradicate a race, and with it the cultural and physical attributes unique to it. [6]Whites today exist because of historical inertia. They are products of the exclusionary rules and consciously evolved barriers to race-mixing their predecessors evolved in the past.

Whites are still around today because of men who were formerly prejudiced and actively discriminated, who, for example, periodically expelled Jewish populations (or, rather, parts of them) from European soil between 1290 and 1945 and the Moors and Moriscos from Spain and Portugal, established the Pale of Settlement in 1791, repatriated blacks to Liberia (1820–47), passed the Indian Removal Act (US, 1830), established Indian reservations (in Canada, Indian Reserves), formulated the Blood Quantum standard, stopped Chinese immigration to the US (1882) and Canada (1923), wrote America’s Jim Crow (segregation) and anti-miscegenation statutes, Germany’s Nuremberg Laws, South Africa’s Apartheid and Prohibition of Mixed Marriages Act (1949), the Immigration Act of 1924 (effective 1924–1965), and repatriated Mexicans (1930–35; Operation Wetback, 1954).

But now, virtually all such natural barriers to interracial panmixia for whites have been systematically eradicated. At the same time, racial consciousness, in conjunction with anti-white racism and discrimination, is promoted for all other groups.

Therefore, whites are threatened with extinction. Even if all blacks, Mestizos, Muslims, and Asians now living in formerly white countries or being imported into them were racially mixed with whites, their core global populations would remain robust. Ours would not. [7]Like Jared Taylor, William Pierce, Wilmot Robertson, and George Lincoln Rockwell, I believe that “white” is the appropriate identity to cultivate at this stage in history.

And, like the last three, I am convinced that Jews must be excluded from the “white” category [8]. For the genocidal assault upon our race is primarily the consequence of post-WWII Jewish fanaticism, racism, ideology, and social power.

In many cases we have no difficulty determining who is white.

For example, although race deniers assert that humans and chimpanzees are genetically 98.9% the same, and different human races 99.9% the same (anthropologist Peter Frost calls this ploy the “small percentage fallacy”), imagine “a random assortment of fifty humans and fifty chimpanzees. No one . . . would have any difficulty in reconstituting the original fifty-member sets by simple inspection . . .” Likewise, applied to 150 humans selected 1/3 each from Japan, Malawi [Africa], and Norway, “[a]gain, by simple inspection, we would achieve the same 100 percent sorting accuracy.” (Vincent Sarich and Frank Miele, Race: The Reality of Human Differences, 2004, p. 208)

Famed population geneticist Sewall Wright made the same point: “It does not require a trained anthropologist to classify an array of Englishmen, West Africans, and Chinese with 100% accuracy by features, skin color, and type of hair in spite of so much variability within each of these groups that every individual can easily be distinguished from every other.” (Chapter 10, “Racial Differentiation in Mankind” in Evolution and the Genetics of Populations Vol. 4: Variability Within and Among Natural Populations, 1984, p. 439)

These sorting exercises, or though experiments, are implicitly designed, I think, to “flatten” cultural differences, including signals such as language and attire, in order to focus solely upon differences in racial morphology and demonstrate anthropologically the same fact shown genetically in the Louisiana case described above. Wright is clearest on this point, specifying “features, skin color, and type of hair.”

But in their examples the authors use northern Europeans to represent the core white population. Moreover, they implicitly employ historical populations (“Norway” and “Englishmen”) as their benchmark. But, if you randomly selected actual residents from those countries, you would end up with representatives of virtually every non-white population on the planet, not to mention hybrids of every imaginable variety. [9]Because the idea of whiteness historically originated within primarily black-white social settings, terminological and conceptual confusion can result. For example, aren’t Jews “white” [8]? They obviously aren’t black. The same could be said of several other non-black races.

Compounding the problem is the difficulty of morphologically distinguishing many brown or near-white-skinned races from our own, especially after obvious cultural cues have been “flattened” or eliminated by cultural homogenization, assimilation, or deception. We rely heavily upon cultural markers (language, proper names, apparel, religion, etc.) to differentiate non-Europeans. Once such pointers have been removed, physiological race presents more of a dilemma.

The confusion is greatly exacerbated by widespread, indiscriminate white hybridization with non-whites.

While it would be nice to know for sure whether a person was white or not simply by looking at or interacting with them—and often, of course, one does know—I’m certain whites can’t consistently discriminate accurately on this basis alone, especially as the racial situation continues to deteriorate. Walking down the street, strolling through a store, or watching movies or television, I often can’t tell the difference.

Following are excerpts of impressions of Washington, D.C. written as long ago as 1978 by a racially conscious, perceptive, discerning man who was very knowledgeable about race. They serve to illustrate my point. Of course, things are much worse everywhere today, and race mixture far more advanced. Yet the author was clearly perplexed by the provenance of many of the individuals he saw around him even then, including whether or not they were European.

A hundred faces in each block, and perhaps thirty of them kindred to mine. The rest ugly and alien, swart and frizzy, with flat noses and muddy eyes. Ugliest of all, the almost-Whites, these mongrel spawn of East and South and North outnumber the rest. What a transformation has been wrought in a few decades! Where have these swarming masses been breeding, to spew forth their dark millions upon our streets?

Behind the streaked, dirty window [of a restaurant] are dark faces: not Black faces, nor White either, but the faces one sees nowadays in every restaurant, faces from the Mediterranean, from the Far East, from Persia, from God knows where.

If only it were a simple problem of Black and White, of my kinsmen against theirs! But the filth of the city spreads over all in it, pulls all into a common tangle, blurs distinctions. Some Blacks learn to act like whites; some Whites begin acting like Blacks. And everywhere the almost-Whites, the not-really-Blacks, the raceless ones! And yet I can remember when the mongrels were seen as seldom as the Blacks, when the Whites all acted like Whites and owned the sidewalks.

Even within American white nationalism, mulattos, Amerindians, and Jews have all been mistaken for, or accepted as, whites. At least two Jews have led such groups. [10]Ultimately, whites with a sense of racial identity must establish clear tests or specifications as to who’s white and who’s not. Such tests require an explicit, rational, articulable basis. Society—law, culture, even individual or group consciousness—no longer supplies this. They must be created.

Because we lack effective access to genetic tests of the type used (one time only) in Louisiana, we are forced to rely upon inconclusive evidence such as phenotype (does a person “look white”?), self-attestation (“I am white”), cultural cues, and recent self-reported genealogy.

Small groups, organizations, a movement, chronologically precede the establishment of a white polity, whether it be micro-nationalist, mini-nationalist, pan-national, or the result of total reconquest [11]. The question Who belongs?, initially applicable at the small group and movement level, therefore ultimately applies to the envisioned state as well.

Because whites long ago lost their collective social and political voice as whites, and have had their racial identity erased, the creation of the necessary standards can only occur voluntarily at the individual, family, organizational, and movement level. There is no place else for it to happen. Even so, governments and racist organizations stand ready to prosecute such behavior in many instances (housing, employment, private associational activity, etc.).

At the moment, everything depends entirely upon the mandates and policy trajectory of the existing system: individual mating choices, population movements, state policy, and the universal absence of a positive, explicit, deep-rooted white racial identity—all of which, individually and in combination, are deeply opposed to collective survival.