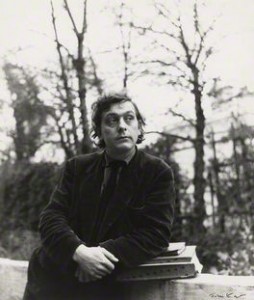 A great man is dead.

Bill Hopkins (1928–2011), one of Britain’s most estimable Right wing intellectuals, died on Thursday, May 6, of heart and kidney failure in a north London hospital. He was born into a Welsh theatrical family in 1928. His father was the music hall artiste Ted Hopkins while his mother happened to be the theatrical beauty Violette Broderick.

Bill enjoyed six or seven adventurous lives or stages, but he first came to prominence as one of the Angry Young Men in the 1950s. This was a media designation for a polyglot grouping of writers and intellectuals who had little in common save a certain radicalism of tone (the alleged anger) and the fact that they were all of the rising or post-war generation. The group included Ken Tynan, Lindsay Anderson, Kingsley Amis (who refused any membership of this group), Colin Wilson, Stuart Holroyd, John Osbourne, John Wain, Bill Hopkins, and a few others . . .

Although largely a media creation, the Angry Young Men did sustain an interconnected series of works and a volume of personal essays or manifestos known as Declarations. Bill’s contribution was a novel called The Divine and the Decay which was published in November 1957 along with his revolutionary essay, “Ways without a Precedent.” The novel was re-published by a small house called Deverell and Birdsey in 1984 as The Leap! pursuant to a film adaptation that never eventuated. The Divine and the Decay now fetches high prices from used book dealers, whereas The Leap! can occasionally be found on Amazon.

The novel is relatively difficult to describe in that it is not widely known (not a condemnation) but it features a young fanatic (Peter Plowart) who wishes to become Prime Minister of Britain and his self-imposed exile in the Channel Islands. The work is highly memorable given its strongly filmic and visual flavor—as well as the melodramatic characterization of the cripple Lumas, the estranged Mrs Lumas, her lover the tomato grower Lachanell, the policeman who pursues Plowart (Purchamp) and numerous other characters such as Bourcey (his Party manager) and an itinerant tatterdemalion.

The centerpiece of the book are the intellectual debates that take place between Plowart (who represents an amoral and Pagan spirit) and the modern Christianity of Claremont Capothy, the Dowager or grand dame of the island. The book exploits the anomalous status of the Channel Islands—the only part of Britain to be occupied by the Germans during the Second World War. The island where Plowart is ensconced turns out to be Brechau (Vachau in the novel), whereas its feudal social structure is based on Sark. There was no democracy—and certainly no motor-cars on Sark—until the middle of the last century. A sort of feudal paternalism without the National Health Service or the BBC prevailed on this tiny backwater.

All of this feeds into a picaresque novel of great power—where Lumas epitomizes Britain’s present status as a bankrupt Third World country beholden to American power and with seemingly little will of its own. Other groups will obviously find time to feed upon such a carcass. If anyone can pick up a neglected copy of this novel then they are in for a frisson or thrill, by virtue of the fact that it’s literally a terra incognita or a forgotten masterpiece.

What else can be said about Bill Hopkins? The most significant thing about him was his character—at once resourceful, da(e)monic, wide-ranging, and extremely imaginative. One of Bill’s most remarkable attributes was his commitment to radical forms of modernism, such as art brut or Outsider art towards the end of his life. This had to do with the classic 20th century impulse to make the world again, to make it anew, or to effect a sudden and total change in perception.

The Modernist project failed overall—yet men like Bill Hopkins believed in the future rather than the past . . . and this is something that is relatively rare given his political partiality. Loyalty was another staple with Bill. Given his wide range of meeting-guests and acquaintances, from Prince Charles to Jean-Paul Sartre, many publishers wanted a revelatory autobiography where “the dirt would be dished,” and yet Bill always refused because he deemed it to be dishonorable and disloyal to many of the people he had known.

A decided elitist and anti-humanist, Bill was a sort of elixir or sine qua non for many liberal intellectuals during the mid-century. One recalls Lady Snow’s (Pamella Hannesford Johnson’s) book about evil which definitely emerged from many conservations that C. P. Snow and his wife had with Bill in which he would have been cast in the role of Mephistopheles. Indeed, the range of people that he’d known was truly voluminous, including Kingsley Amis, Francis Bacon, Iain Sinclair, Heathcote Williams, Lucien Freud, Emeric Pressburger, and Derek Jarman.

Above all, I think that Bill Hopkins convinced me—when we met in the early- to mid-1990s—that anything was possible, the world could be made again, and that, contrary to nearly all present orthodoxies, the Right is actually the side of civilization. It just has to learn to live up to it once again . . . that’s all!

Bill Hopkins is survived by his German born wife, Carla, and a very valuable collection of original artworks, antiques, and objets d’art. He died just short of his 83rd birthday.