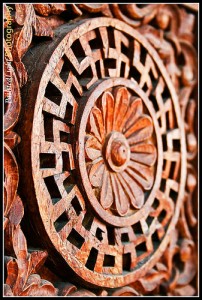 Who Were the Aryans?

The Aryans were semi-nomadic Nordic Whites, perhaps located originally on the steppes of southern Russia and Central Asia, who spoke the parent language of the various Indo-European languages.

Latin, Greek, Hittite, Sanskrit, French, German, Latvian, English, Spanish, Russian etc. are all Indo-European languages. Indo-European, or more properly Proto-Indo-European (PIE), is the lost ancestral language from which those languages ultimately derive. The “Proto” indicates that the grammar and vocabulary of this long extinct language, probably spoken up until 3000 BC, are a hypothetical reconstruction by modern philologists. Just as Romance languages like Italian and Spanish derive from Latin, so Latin derives from PIE.

Indo-European philology traditionally used “Aryan” both to denote a people, understood racially or ethnically, and the language group itself (“Aryan speech”), irrespective of the race or ethnicity of the people speaking its various branches. In the wake of National Socialist Germany’s defeat, the term fell out of general scholarly use in both senses, and “Indo-European” (IE) became the preferred designation of the language group, “Indo-Europeans” of both the people who occupied  the original Aryan homeland and their descendants, who gradually spread out across Europe, much of the Indian sub-continent, and parts of the Near East. Racial nationalists are not, of course, obliged to adopt the timid PC-lexicon of contemporary scholarship, but we should be aware of  imprecision of “Aryan” as a racial or ethnic classification.

Arya, meaning “noble,” appears in various Indo-European languages. Its plural form (Aryas= “nobles”) was probably the name the Aryans used to describe themselves prior to their dispersal, and it may survive in Eire (Ireland) and certainly survives in Iran (Airyanam vaejo= “realm of the Aryans”). The discovery of thousands of such cognate words in widely separated languages, along with similar grammatical structures, led philologists to conclude, early in the nineteenth century, that most European languages had evolved from a common proto-language spoken millennia ago by a distinct people who gradually left their original homeland in a series of migrations, carrying their language with them.

Traditionally Greek, Latin and Sanskrit were considered the closest languages to PIE, and much of the reconstructed Aryan proto-language is based on them. Modern Lithuanian, however, is the most archaic living language, closer to the original Aryan speech than any other. There is even an IE language, Tocharian, attested in Chinese Turkestan, which indicates that Aryans must have made an appearance in the Far East, a long-standing piece of linguistic evidence which has been recently confirmed by the discovery of the physical remains of a blond-haired people in China [5].

Perhaps the most famous proof for the prehistoric existence of PIE is the word for king: rex in Latin, raja in Sanskrit, ri in Old Irish, along with a host of other cognates. All are obviously variants of a common word for king. Since none of the peoples speaking these various languages were in physical contact with one another during the historical period — i.e. at a time for which written records exist — comparative philologists inferred that their respective languages must have evolved from a single proto-language, which is the only way of explaining the presence of the same word for “king” among such widely dispersed peoples. The Romans clearly didn’t borrow rex from the Irish or the Indo-Aryans; each had instead inherited their own word for “king” from a common ancestral language. One Model of Indo-European (“Aryan”) Migration

Philologists can also, moreover, safely conclude that the Aryans must have had kings prior to emigrating from their original homeland in southern Russia. In fact a fairly detailed body of evidence about prehistoric Aryan political organization, marriage practices, and religious beliefs can be reconstructed on the basis of the survival of common vocabulary in the various extant Indo-European languages: They worshiped a sky-god, they traced descent through the male line, they raised cattle, they drank mead, they used horse-drawn chariots (which they probably invented) as weapons of war, etc. Even the red, white and blue/green that appears in so many modern flags [7] may have an Aryan pedigree. It is likely a survival from the Aryan tripartite social division of their communities into priests (white), warriors (red), and herders and cultivators (blue/green).

Aryans, or more specifically Indo-Aryans, make their first notable appearance in history around 2000-1500 BC as invaders of Northern India. The Sanskrit Rig Veda, a collection of religious texts still revered by modern Hindus, records (often enigmatically) their gradual subjugation of the dark-skinned inhabitants, the Dasyus: e.g. “Indra [=Norse Thor, Celtic Taranis] has torn open the fortresses of the Dasyus, which in their wombs hid the black people. He created land and water for Manu [=Aryan man]” ; “lower than all besides, hast thou, O Indra, cast down the Dasyus, abject tribes of Dasas”; “after slaying the Dasyus, let Indra with his white friends win land, let him win the sun and water”; “Indra subdued the Dasyu color and drove it into hiding.”

The Aryans were remarkably expansionist, and almost everywhere they went they conquered and subjugated the indigenous peoples, imposing their languages and (to varying degrees) their religious beliefs on the natives, and receiving in turn contributions from the peoples whom they conquered. Aryan invasions — or more accurately, a long sequence of different invasions by speakers of Indo-European languages — swept across Old Europe beginning as early as the fourth millennium BC, and over time the conquerors and the conquered melded into specific peoples with distinctive languages. Most of the contemporary inhabitants of Europe, along with their respective early national cultures, are the result of interaction between successive waves of Aryan invaders and culture of the particular White people that they conquered and with whom they later intermarried, and as a result almost all modern European languages are members of the Western branch of the IE family tree. Minoan snake goddess, from the Palace of Knossos, circa 1600 BC

The birth of a European culture, however, predates the arrival of the Indo-Europeans: The cave art of Lascaux, which some have identified as the first flowering of Western man’s creative genius, was the work of Old Europeans, as were Stonehenge in the North and the Minoan Palace culture of Crete in the South. A pan-European religious symbolism had already evolved, much of which was later incorporated into IE mythologies, including various regional adaptations of the ubiquitous Old European reverence for the Mother Goddess.  Many of the principal figures in Greek mythology predate the arrival of Aryans, and during the course of ancient history Old European religious beliefs and practices continually reasserted themselves.

Europe is European because the conquerors and the conquered were members the same White race, different branches on the same family tree; India is a morass of poverty because the bulk of the conquered, with whom the Indo-Aryans eventually intermarried, were non-White Veddoids. The lesson is obvious. Even today high-caste Hindus can still be identified by their Caucasian features and light skin, and the poorest and most backward parts of India are generally the darkest.

As an aside, recent genetic studies have indicated that the Basques of Aquitaine and the Pyrenees are probably the purest form of Old Europeans as they existed prior to the arrival of Indo-European invaders. They evidently emerged from the invasions of Europe unconquered, and they remained sufficiently isolated to retain their own unique, non-IE language.

What Should We Call Ourselves?

The history of the Aryans, of which the preceding is a necessarily simplifying summary, is not merely an interesting curiosity; it has important implications for how we define ourselves. A German, for example, is Aryan only insofar as the original inhabitants of ancient Germany were conquered by invaders who spoke an Indo-European language. In no significantly genetic sense can he be called a pure Aryan. Even at the time of the Indo-European invasions of Old Europe the term had lost much of its original meaning as the name of a distinct ethnic group. During their successive migrations from their homeland the Aryans had absorbed other White populations and had acquired often distinctive physiognomies, along with mutually incomprehensible (though related) languages.

Racialist writing is often contaminated by a divisive Nordicism and a quasi-mystical adoration of the Aryan, and Hitler himself often used “Aryan” and “Nordic” interchangeably. But contrary to popular belief National Socialist race theorists never claimed that Germans were Aryans nor even that the bulk of the Germanic gene pool was Aryan. They argued, rather, that Nordics were more genetically Aryan than, say, Mediterranean Italians — a much more modest claim which has the additional virtue of being true. Northern Europe was sparsely populated prior to the Indo-European migrations into it, whereas Southern Europe already had an existing civilization and a much larger population. A Nordic German or Swede can thus rightly say that he is more Aryan than a Greek or a southern Italian, but he shouldn’t bother doing it, since the distinction is by now so immaterial that it only serves to divide Whites. Swastika-adorned bowl from Athens, c. 800 BC

For the term Aryan to have any validity in a contemporary context, it can only denote members of the European cultures that arose from the interaction of IE-speaking (“Aryan”) invaders and the White Europeans who preceded them. It cannot mean Aryans proper, since no such people, in the strict sense, have existed for at least two thousand years.

An additional difficulty with “Aryan,” even if it is used in this loose sense, is that it still excludes a fair number of people most of us would consider White. In addition to Basque, Finnish and Hungarian are also not Indo-European languages, and neither Finns nor Hungarians are descendants of a people who spoke PIE. Yet both are obviously White.

“White” is thus preferable to “Aryan” as a name for the race whose existence we must secure, but White is also imperfect. We should never fetishize minor racial differences by turning insignificant gradations in “whiteness” into a hierarchy of relative degrees of racial purity. Most Italians, Greeks, and Spaniards are members of the Mediterranean branch of our White race, and they are generally somewhat darker than Nordics. Most Ashkenazi Jews are, conversely, physically more “white” than the average Greek. Yet these “white” Jews are the principal subverters of Western civilization, whereas Greeks, Italians, and Spaniards are among its principal creators.

What we really need is some classificatory term that indicates “non-Jewish people of European descent.” Unfortunately no such term exists. “White” and “Aryan” are acceptable substitutes only if we understand their deficiencies.

Euro-American racial nationalism differs markedly from the more ethnically based nationalisms of Europe. In Europe ethnic distinctions among Whites are a valuable political  tool for preserving a “Europe of nations” against the forces of capitalist globalization and Third World immigration. But on this continent we are — for good or ill, and I think for good — an amalgam of different European ethnicities, despite our undoubted Anglo-Celtic cultural and legal core. It is inevitable, though unfortunate, that under these circumstances racialists will sometimes quibble among ourselves about the exact contours of the category “White,” that is, which ethnic groups are part of us and which are not. Yet what cannot be disputed, at least by anyone who wants to be constructive about the racialist movement on this continent, is that we all must define ourselves as Euro-American or perish. Otherwise we are simply an unconnected series of disparate ethnic groups, defenseless against a consciously anti-White “rainbow coalition” that aims to bury us all.