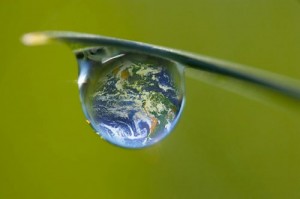 Environmentalists, generally speaking, are well above average in their intellectual, aesthetic, and moral faculties.

It takes intelligence to grasp chains of causation, and the ecosystem is an astoundingly complex causal nexus.

It takes a strong aesthetic sensibility to appreciate the beauty of nature and despise the things that mar it. As Kant points out, aesthetic appreciation has an aspect of disinterestedness. This disinterestedness is banished by the modern technological worldview that sees all of nature in terms of the satisfaction of human interests.

It takes a broad moral sensibility to think in terms of the welfare of the cosmos and to take responsibility for the remote consequences of one’s actions. It takes unusual strength of character to live up to these enlarged responsibilities.

In short, environmentalists tend to be excellent human beings. This does not, of course, mean they are free of vices — credulity being one of them — but their vices are shared more widely by the rest of humanity than their virtues.

Because environmentalists care about the welfare of the world and act accordingly, they tend to limit their fertility to well below replacement. I wish to argue, however, that in the long run, this choice is environmentally irresponsible and destructive.

The people who care about the welfare of the world and who have the foresight to think about the future and the discipline to control their fertility are precisely the people who should be having large families. Ecologically speaking, these are highly desirable traits. And whether these traits are products of nature, nurture, or both, the children of ecologically enlightened and responsible people will also tend to be ecologically enlightened and responsible. The planet needs more people like that, not fewer. Wouldn’t it be great if everyone were like that?

If intelligent and responsible people have few or no children, that does nothing to stop stupid, selfish, and irresponsible people from breeding profusely. Thus when environmentally responsible people limit their fertility, they are guaranteeing that the very people who are trashing the planet are the ones who will inherit it. But what is the point of leaving the earth to the kind of people who will turn it into a lifeless cinder? That is not good stewardship.

Thus the people who care about the planet should have large families. Yes, there are too many people. But wouldn’t it be more ecologically responsible to encourage those people — the stupid, vulgar, and irresponsible people who don’t care about the planet — to have few children or none at all?

We need a green eugenics movement. Before it is too late.