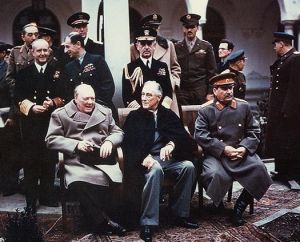 I wrote the following essay in June of 2005. Again, it was circulated around the internet under the pen name Michael Meehan. I wrote it in response to a proposal in Edgar Steele’s Defensive Racism, which I learned about through a review by Mike Polignano.

The problem with this critique (and with Steele’s original proposal) is that it treats the issue of partition as a kind of abstract strategy board game, in which the power to do certain things is just assumed, so the only question is of what is desirable.

In the real world, I think it is very likely that a number of different states will emerge after the collapse of the United State. But they will emerge through physical force, and their boundaries will be determined by physical force. There will be no partition conference where politicians, lawyers, and plutocrats sip cocktails and decide whether Aztlan should be moved a little to the east.

I am reprinting it here since such abstract discussions can still be morally clarifying. I also think there are some good lines. Besides, even if it is flawed, it is still one of the bastard children of my pen that I now wish to acknowledge.

Many White Nationalists make a point of describing themselves as White “separatists” as opposed to White “supremacists.” A separatist believes that all races have the right to survive, flourish, and pursue their own destinies, and this requires that each race exercise political control over an exclusive living space, a racial ethnostate. The supremacist, however, believes that his race should rule over other races.

There is much to recommend separatism over supremacism. Separatism is a racial “live and let live” philosophy. Separatism seems more moral and more just because it is fair to all races. Under separatism, all races get an equal chance to create the forms of life that express their distinct biological and spiritual natures, free from the interference of other races. Separatism is classical liberalism applied to races rather than to individuals. Liberalism is, of course, the “common sense” of American culture, which goes a long way to explaining the appeal of racial separatism.

Separatism often appeals to egalitarian sentiments by adopting the pretense that the separatist does not hold that some races are better than others, only that they are different, and all equally entitled to control over their own destinies.

I think this pretense is ridiculous. Every healthy race thinks itself superior to others, and no matter what dimension of comparison one chooses, one of them will always be right.

Separatism appeals to the ecologically-minded, because it recognizes that conflict is inevitable when different subspecies are forced to occupy the same ecological niche, and the only way to terminate such conflict is separation for both parties or extinction for one of them—through miscegenation or outright extermination. Separatism is, therefore, the best way of preserving biological diversity.

Separatism is also the best way of preserving cultural diversity. When multiple cultures exist in the same society, cultural differences inevitably give rise to friction and conflict. This friction can lead to two possible results: the violent splitting of a multicultural society into several culturally homogeneous societies, or the gradual wearing away of cultural distinctions, leaving a debased and homogenized cultural precipitate, which is related to a genuine culture like a pidgin is related to a genuine language, i.e., it is good enough for economic activity and expressing the basic, or just plain base, desires we all have in common, but it lacks a vocabulary to express anything higher or more spiritual, anything that differentiates one individual or one culture from another.

Supremacism is, by contrast, deeply illiberal in spirit. The supremacist wants his own race to have its own homeland(s) where it is free to control its own destiny. But he would deny the same freedom to other races. He wants his own race to rule over others. This hegemony need not be exploitative. It can be benign, even paternalistic and benevolent. But whatever form it takes, racial supremacism denies that all races have equal rights to self-determination.

Considered in the abstract, separatism is more attractive to me than supremacism. It accords with my love of natural diversity and my sense of fair play. I am also, frankly, sickened by the suffering and cruelty that is inevitable when one race or nation seeks to conquer and dominate another.

But when I contemplate how racial separatists propose to deal with present multiracial mess in the United States, it gives me pause.

For instance, Edgar Steele, in his recent book Defensive Racism, envisions the partition of the US into “New America” for Whites, “Aztlan” for Mestizos, “New Africa” for Negroes, and “New Israel” for Jews. (Perhaps we can locate “New Palestine,” for our millions of Arabs, next door to New Israel.) Others have contemplated giving the San Francisco bay area and Hawaii to Orientals and Pacific Islanders.

Bear in mind that these plans for partition do not envision mere ethnic “reservations,” which are non-sovereign entities under the control of the US government, but completely sovereign states.

The main problem with such a scheme is that the new ethnostates would threaten the security of the White homeland they would encircle.

If the San Francisco bay area were turned into an Oriental enclave, I have no doubt that, after a brief and brutal spasm of ethnic cleansing, it would be controlled by the Chinese, and that in a matter of years it would become a huge Red Chinese colony and military base, complete with nuclear weapons, on the west coast of the North American continent. The Chinese would then be in a position to seize new territories either through nuclear blackmail or outright aggression.

If there were a New Israel on the North American continent (no doubt on the East Coast), it would lessen direct Jewish power over Whites, but it would not stop the Jews from broadcasting filth and promoting decadence among us. Furthermore, why provide the Jews with another sovereign territory from which they can plot their global swindles and to which they can flee when their victims rise up against them?

Finally, unless we located New Palestine right next door to New Israel, I would predict that the Jews of Israel would move en masse to New Israel, complete with their nuclear, biological, and chemical arsenals with which they could blackmail us. After all, New Israel would be far safer. The present Israel had to be wrested by force from its inhabitants, whereas under the New Israel scheme, the inhabitants of the US would take a portion of the continent conquered and civilized with the blood, brains, and brawn of their kinsmen, indeed one of the most valuable portions—and give it away to the Jews, who deserve anything but a reward for their parasitism and nation-wrecking.

A black ethnostate on the North American continent would quickly follow the course of every other black state. The civilization built by Whites would fall into ruin in the hands of blacks, who lack the intelligence, initiative, foresight, and moral character needed to create or sustain it.

Once ceded to Blacks, whole states of the defunct US would become a vast Detroit. Depending on where the borders would fall, we would see magnificent cities like Savannah, Charleston, and New Orleans turn into burnt-out wastelands. There would be chaos, slaughter, civil war.

Horrified and soft-hearted Whites would open their wallets to feed starving children and open their borders to pitiful refugees, and we would be right back where we started.

Eventually a dictator would emerge, a cannibal statesman like Idi Amin or Emperor Bokassa, who would become a natural ally of New Israel or the Red Chinese, or both, in putting the squeeze on Whitey.

A similar course would be followed by Aztlan. Southern California and the Southwest would become just like the other filthy, impoverished, corrupt, violent, backwards, Spanish-speaking, Mestizo nations in this hemisphere. Then its residents would sneak across the border into the White homeland looking for jobs and handouts.

Although in the long run, Aztlan’s interests would conflict with those of the Red Chinese, Blacks, and Jews, in the short run they would be natural allies in looting and dispossessing Whites.

And why wouldn’t they?

The advocates of partition propose the following. The most powerful nation on Earth, with the most formidable military arsenal in history—a nation which in past generations ruthlessly conquered and civilized a vast portion of this continent—is going to surrender, without a fight, some of its richest and most beautiful territories. And to whom? To an army of dish washers and leaf blowers.

And if Whites would be willing to guard their borders and expel non-Whites from a future ethnostate, then why not do so now?

If a pro-White government emerged with the power to partition the US into separate ethnostates, it would, ipso facto, also have the power to expel all non-Whites from the present US. This, as I see it, is the most realistic and responsible form of racial separatism. (Except for the American Indians and native Hawaiians, for whom segregated ethnic reservations seem the just solution.)

There are certainly no practical impediments to mass expulsions. If it was possible for millions of people to come here, it is possible for them to leave. Whether or not a pro-White government would have the political will to do this is another matter altogether.

Another option for the separatist is to abandon the idea of sovereign ethnostates in favor of a system of segregated reservations for non-Whites, reservations that might be internally self-governing, but whose relations with the rest of the world would be controlled by a White government. This, however, would be the very racial supremacism that the separatists want to avoid.